Who receives the limited releases -- the process of culling buyers

Joined 7 mo ago
·
155 Posts
Interesting article. Although, after reading it, my initial thought was that @unmac 's IG story includes far more salient information about the subject. 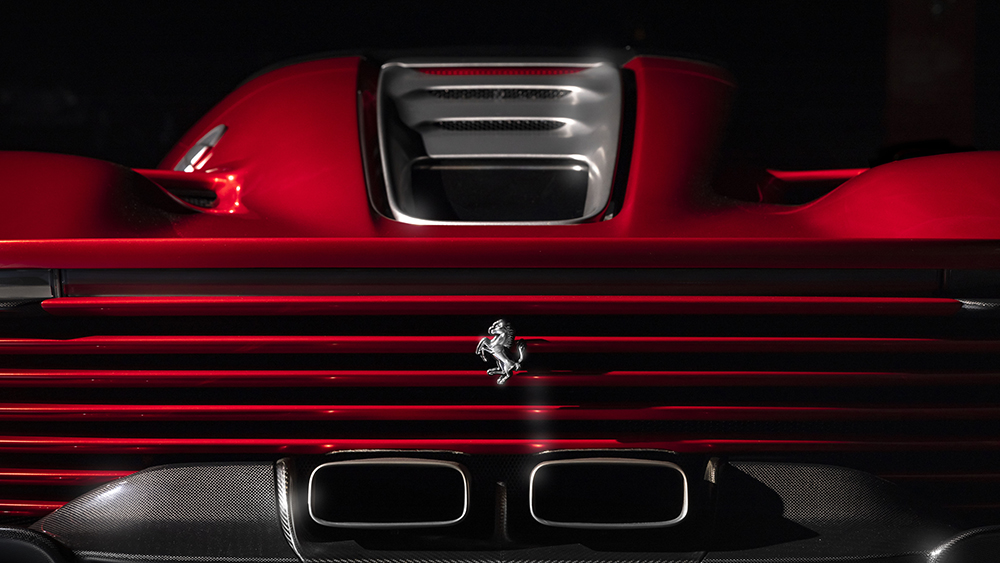 Thanks to the one-two wallop of an extended pandemic-induced shopping spree and the hobbled supply chain, it’s been hard to get a car for a while now—luxury brands very much included. And while top-tier marques are subject to the same inventory woes as any other sector, with a dearth of everything from wiring harnesses to microchips choking manufacturing flow to a trickle, the most elite automakers face a longer-term problem: How to keep VIP customers happy amid an explosion of global wealth, with the number of potential buyers growing exponentially even as production numbers barely budge. It has become such an issue that some marques can’t even take orders, with models at production capacity for years to come.

Artificial scarcity has always been a tightrope to walk in the car world, and careful allocation is precisely how Ferrari, Bugatti, Lamborghini and others keep their models exclusive even as those vehicles become attainable for an increasingly large pool of buyers. But the sheer force of demand has grown to the point where cracks are starting to show, with more collectors wondering why they were left off RSVP lists for invite-only releases and others complaining of arrivistes receiving unearned favoritism.

One collector based in the American South, with a warehouse of modern Italian, German and British rolling stock, recalls the bad aftertaste left when Ford unveiled its second-generation GT supercar in 2016, initially announcing a run of just 1,000 vehicles over four years. “Ford decided to make social-media influencers the main customers for the early cars, ignoring true enthusiasts like owners of the 2005 Ford GT,” he says. And while automakers have long been understandably opaque about their selection processes, qualified customers know when they’ve been passed over: “Ultimately, a brand should treat its top customers in a way that honors them for their loyalty and money spent.”
Recently, a few marques have been more willing to pull back the curtain on their decision-making, if only a little. Bugatti made clear that its new $5 million Mistral roadster would be available only to current Chiron owners—though, with 500 Chiron examples in the world against the Mistral’s announced 99-vehicle cap, that hardly sorted the list. Which VIPs got the tap and which just missed the cut was the subject of “tough” client discussions, according to Cedric Davy, COO for Bugatti of the Americas. Ultimately, he says, Bugatti settled on a “very simple” solution: “The fairest thing was to just add up the MSRP of the cars ordered” by each customer.

Ferrari is at least willing to acknowledge that there is a system in place, even if it won’t share details. “We give a weight to the relation we have with our clients and then we have a way to calculate, and to give a certain priority whenever we come out with a new product,” says Enrico Galliera, chief marketing and commercial officer for Ferrari S.p.A. “But we are quite structured in that perspective—we don’t want to have subjective elements of evaluation.”
Still, that same Southern collector thinks the Italian brand makes its preferences known even without annunciating them. “It’s a simple system,” he says. “You bought almost every model that came out over a span of years, you probably race in the Challenge series, you attend the annual events and you don’t flip the cars. If you have the means and are loyal to the brand, you may be rewarded.”

But while some manufacturers decide at the corporate level who gets what, others leave it to the dealers to play Santa, and the results can be extortionary. While many (if not all) elite marques officially discourage selling new vehicles above MSRP, greedy dealerships abound, with some requiring customers to pay a sizable premium for the chance to acquire a particularly sought-after car. One California collector with a hangar full of desirable modern Porsches claims, of the latest 992 Sport Classic, that “the majority of [Porsche] dealers got only one allocation, or none at all—and those that did ultimately conducted a silent auction among their most well-heeled customers to see who would pay an exorbitant amount, with $200,000 above asking price not unusual.” This type of cold bidding war “leaves a very bad feeling about the dealerships, to be sure,” he says, “but it also bleeds to the manufacturer as well. It’s not a good situation for anybody.”
The lose-lose nature of this overheated moment is a recurring sentiment. Bruce Canepa, of Canepa Motorsports, is the North American distributor for Gordon Murray Automotive’s debut $3 million T.50 supercar, which sold out its limited production run almost immediately after being unveiled in 2020. “We anticipated there were 100 customers for the T.50, but the reality was that more than 200 people wanted one within the first week it was announced,” he says, calling it “a no-win situation for both sides.”

“In today’s world, there are enthusiasts who are willing and able to buy every special and exotic car made,” Canepa says. “Carmakers are faced with either building so many cars that they’re not exclusive enough to be ultimately collectible, or not building enough so that would-be clients are left empty-handed.” Too much of a good thing, it seems, never leaves quite enough.
1 - 1 of 1 Posts
About this Discussion
0 Replies
1 Participant
Last post:
Superfluous 12 d ago
McLaren Life
McLaren Life is the best McLaren forum to discuss reliability, problems & more for supercar models like the F1, P1, 570, 650, 12C, and 720S!
Full Forum Listing
Explore Our Forums
(P11) McLaren MP4-12C (P13) McLaren 570S (P14) McLaren 720S (P12) McLaren P1 (& F1) McLaren Lounge
Recommended Communities