The Vanwall Vandervell 1000, a new Le Mans Hypercar (LMH) built by German race team ByKolles, will get a road-legal version to do battle with the Aston Martin Valkyrie.

Pictured outside the Grending headquarters of the team, the road car does without the racer’s sizeable tailfin and rear wing, likely so that it complies with pedestrian safety regulations.


ByKolles plans to use the Vanwall name for its World Endurance Championship (WEC) efforts but is unrelated to the British firm that has revived the same name for a continuation run of 1958's title-winning Formula 1 car.
ByKolles is yet to detail performance figures for the Vandervell 1000, but Le Mans Hypercar (LMH) regulations enforce a 671bhp limit and a minimum weight of 1030kg.

The '1000' part of the name reportedly refers to the road car producing 1000hp (986bhp) from its Gibson V8-engined hybrid powertrain while weighing 1000kg.

Such figures are certainly within the realm of possibility: the 1000bhp Valkyrie was poised for an LMH entry before Lawrence Stroll purchased Aston Martin and canned the plans in favour of an F1 entry.
ByKolles plans to begin racing the Vandervell 1000 in the WEC from next year, having commenced on-track testing in April 2022.

It's required to prove that it's a road car maker in some respect to be approved as an LMH entry. Its application to race in the 2022 WEC season was denied because of a problem with the documentation it submitted.

Ferrari, Peugeot, Scuderia Cameron Glickenhaus and Toyota have also committed to the LMH formula, but Glickenhaus is the only one so far to have announced a road-legal version of its racer. 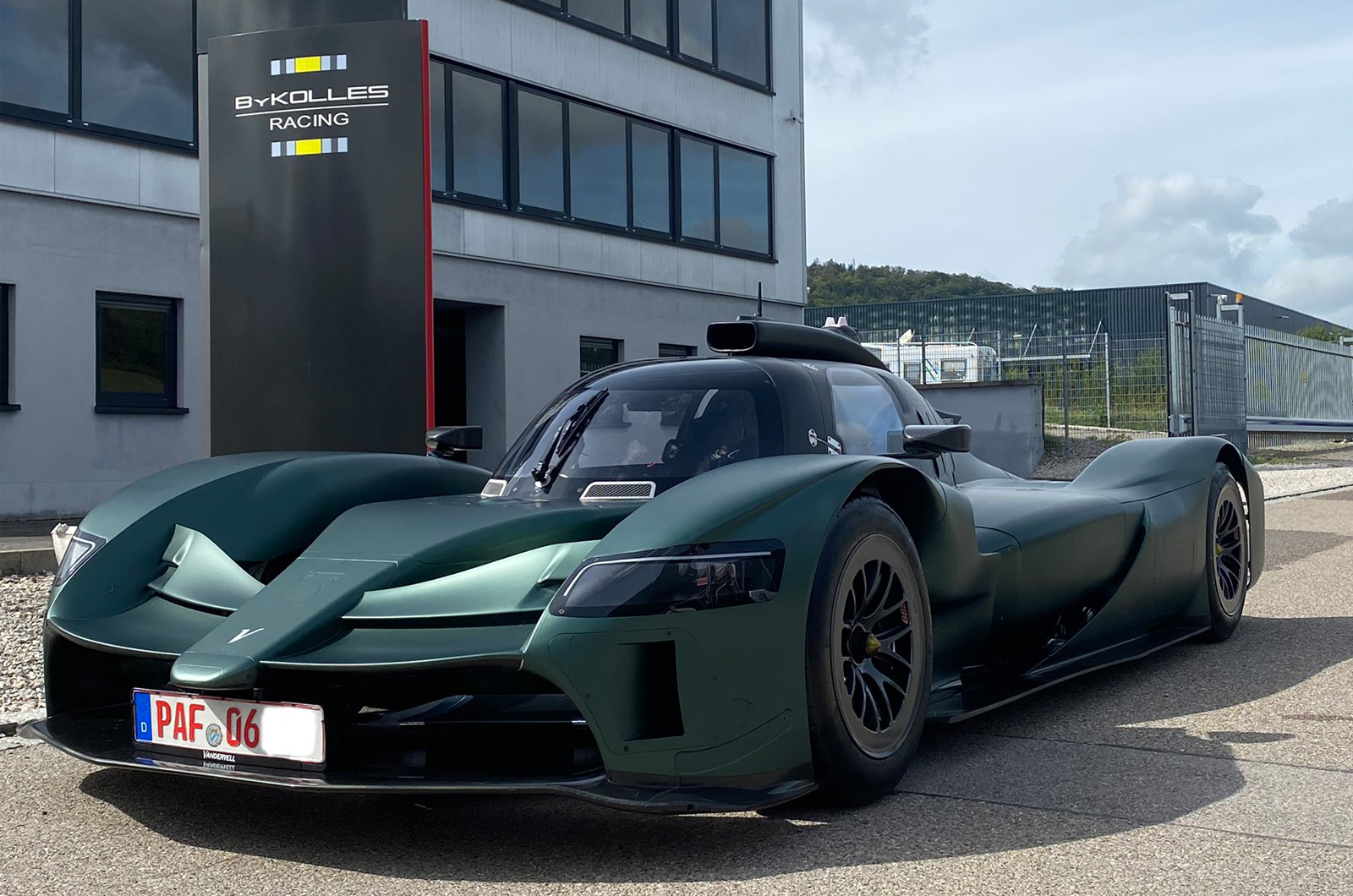 A cool trend, I have one of those too...

Joined Dec 6, 2019
·
161 Posts
Another Hypercar trying to milk some purchasers that cannot get allocations for Pagani or Egg’s.
Done by ByKolles? Give me a rest…

And by the way, and I’m just speculating, I don’t thing those « small racing shops », who need to be racing Le Mans 24h race to survive, thus, by rules, having to homologate a road car, are going to spend much time sorting a usable road car?