Joined Apr 25, 2015
·
7,893 Posts
“Today this example presents with just 30 miles from new is available to view by appointment only at our showrooms outside London”


Ordered to sit alongside a McLaren F1 as part of a prominent collection, this 1-owner McLaren Speedtail was delivered in July 2020. One of just 106 examples, the owner of this example wanted to ensure the specification remained elegant and true to the ‘hyper-GT ethos, whilst also being unique in the production run.

This example was in fact, inspired by the Ferrari 250 GT Berlinetta SWB #2009GT, a car that raced extensively in period and more recently has been seen gracing the Concours lawns of Europe. In 2019, the car was shown at the renowned Villa d’Este Concours and upon seeing the car in person, a decision was made to have the Speedtail built in a very similar hue.

The exterior additionally features a wealth of 2x2 twill gloss lacquered carbon fibre; the engine zone and cover, the wiper arm zone, wiper cover zone, hood intake duct, luggage bin and toolkit cover are all optioned as such. Upfront the MSO Heritage McLaren badge is found on the nose and both the rear ‘McLaren’ and ‘Speedtail’ badges are finished in machined aluminium. The brake callipers are finished in forged aluminium and sit behind 2x2 twill carbon fibre wheel covers.

On the inside, this example features a striking contrast interior in bespoke orange full aniline leather. McLaren has long been associated with vibrant orange from its period motorsport endeavours to its recent Formula 1 efforts and as such it fits superbly here.

Since its delivery, this example has remained in the care of our storage team and the car has only left for servicing by McLaren Ascot. Today this example presents with just 30 miles from new is available to view by appointment only at our showrooms outside London immediately. One of just 106 examples produced, this unique example offers a fantastic opportunity for the next custodian. 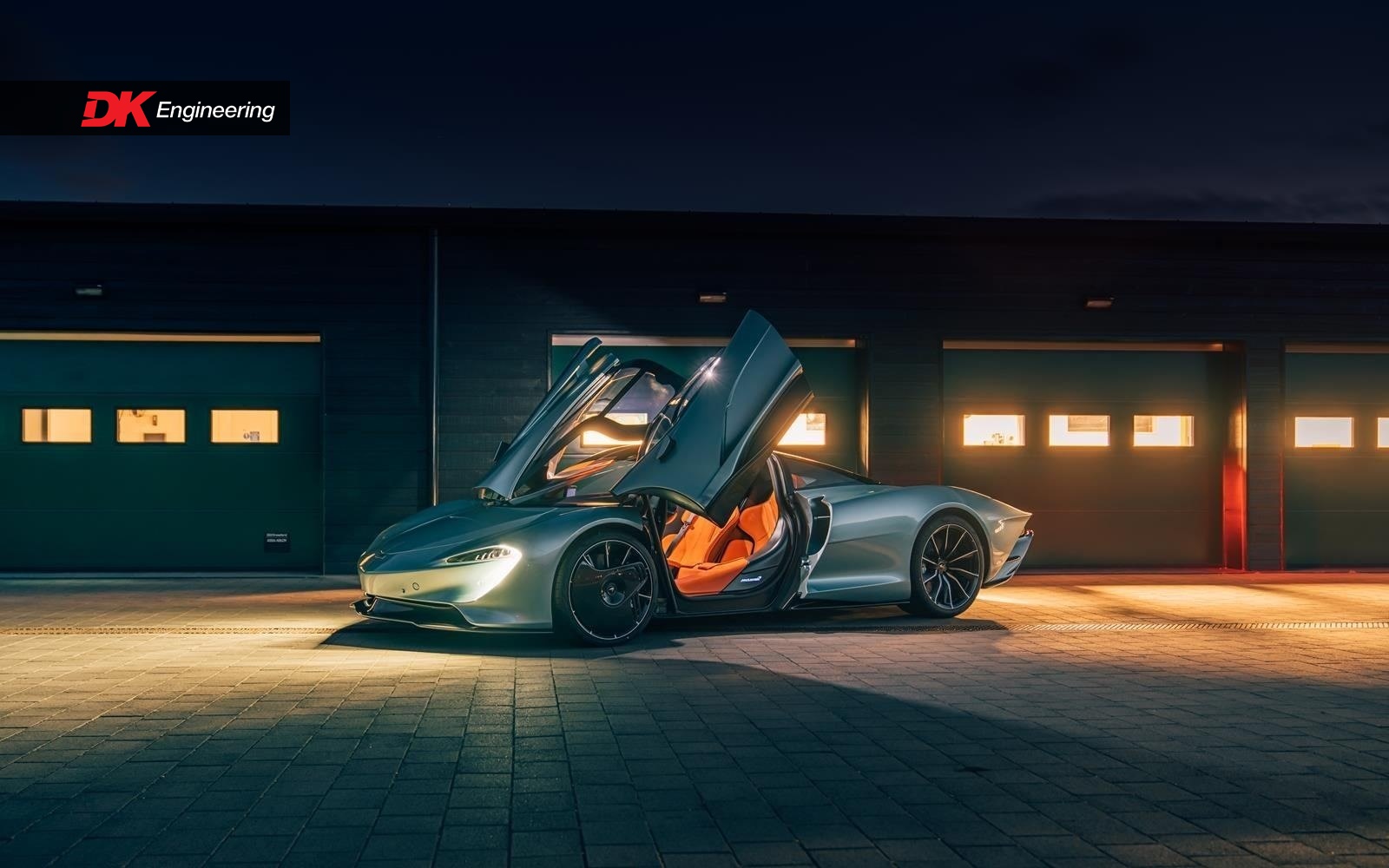