Rosenqvist and O'Ward to join Zak Brown for Gulf 12 Hours

Joined Apr 25, 2015
·
6,705 Posts
MOTORSPORT.COM
Rosenqvist and O'Ward to join Zak Brown for Gulf 12 Hours
By:Gary Watkins
Nov 24, 2021, 4:12 AM
McLaren IndyCar drivers Felix Rosenqvist and Pato O'Ward will share a car with team boss Zak Brown in next January's Gulf 12 Hours in Abu Dhabi.
Rosenqvist and O'Ward will drive a McLaren 570S GT4 for the British United Autosports squad alongside Brown and his fellow team owner Richard Dean in the two six-hour GT races on the Yas Marina circuit that make up the fixture on 8 January.

A return to the Middle East enduro for United for the first time since 2019 follows two failed attempts by McLaren Racing boss Brown to race in the GT4 European Series this year.

He was initially due to drive alongside ex-Formula 3000 driver and Le Mans 24 Hours class winner Richard Dean in the Zandvoort race in June but had to skip the event to attend a memorial service for McLaren shareholder Mansour Ojjeh held at the French Grand Prix at Paul Ricard.

The outing for the historic racing regular aboard a 570S was rescheduled for the Spa round at the end of July, but he had to withdraw after testing positive for COVID.

Brown, who set up United with Dean in 2009, said: “I’m excited to race with not only Richard, but Pato and Felix as well.

"They have both performed brilliantly for Arrow McLaren SP in the IndyCar series and are great to work with.

"I’m looking forward to passing along my GT racing tips!”

Swede Rosenqvist has extensive GT experience: he contested a full season in the Blancpain GT Series with the Auto Sport Promotion Mercedes team in 2016; and also raced in Super GT in Japan with the Team LeMans Lexus squad.

“It’s always fun to do a race in the off-season, to get some laps done and get the rust away a little bit," he said.
"Hopefully, we’re not slower than Zak, because then we have a new problem.”
O'Ward will be making his GT debut, although he has extensive sportscar experience.

The Mexican won the 2017 one-make Prototype Challenge class in the IMSA SportsCar Championship and has also raced LMP2 machinery in the North American series.

“I have never driven a GT car before, and Abu Dhabi is a cool place so I’m looking forward to the experience," he said.

"Hopefully, Felix and I can help the boss get some nice hardware to bring home.”

The last of five appearances in the Gulf 12 Hours for United in 2019 yielded a second-place finish for Shaun Lynn, Jim McGuire and Richard Miens at the wheel of a Ligier-Nissan JSP320.

United goes into the event on the back of a successful first season in the GT4 arena: it won the SRO-run European Series with a 570S driven by Charlie **** and Bailey Voisin. 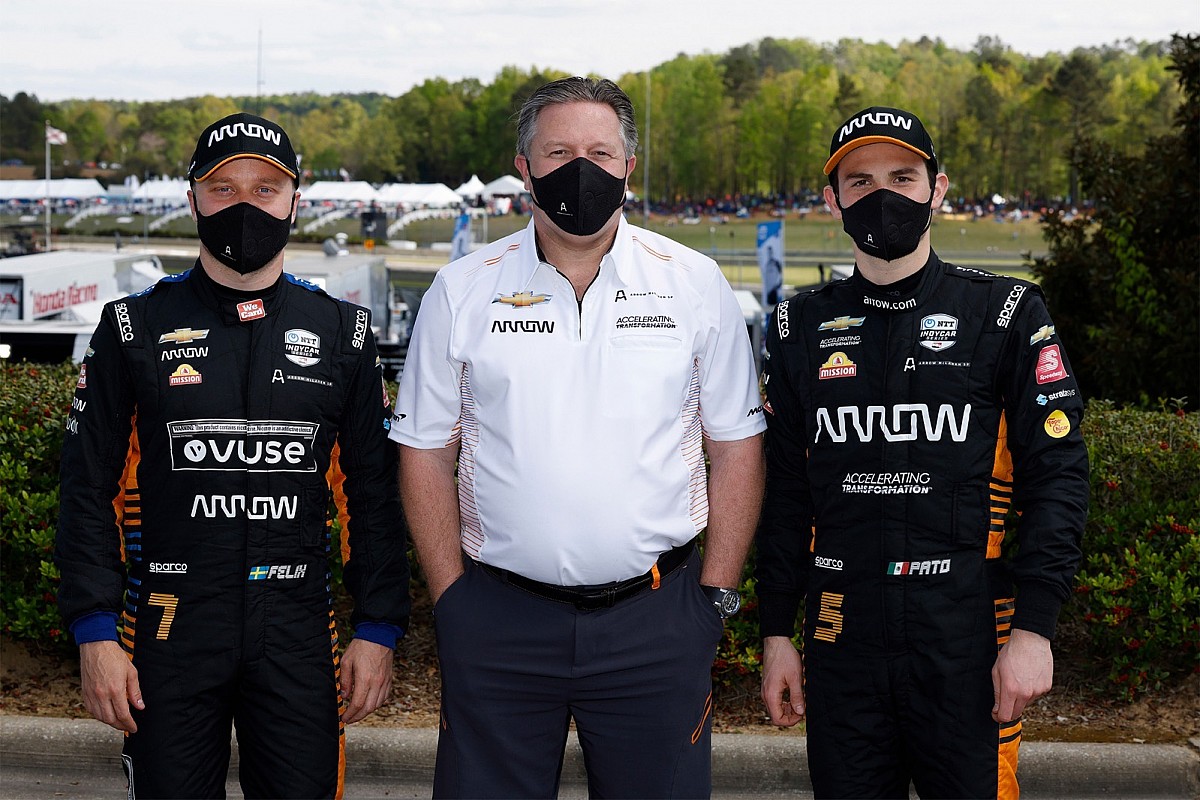 Rosenqvist and O'Ward to join Zak Brown for Gulf 12 Hours