Joined Apr 25, 2015
·
8,046 Posts
TOPGEAR
Check out these glorious pictures of the Porsche 963 LMDh testing at Daytona
Porsche’s new hypercar has been putting in the legwork ahead of its racing debut in 2023 (click on link for more pictures)
By Joe Holding
21 Sep 2022


There are plenty of hypercar-shaped reasons to get excited for Le Mans in 2023, most notably from Ferrari, Toyota, Peugeot and Cadillac. And of course, Porsche.
Yup, Porsche’s 963 will compete in the LMDh side of the Hypercar segment at La Sarthe next year, with its racing debut set to take place well before then at Daytona in January.
With that in mind, the team - in collaboration with legendary US racing boss Roger Penske - has gone in some early mileage on the Florida circuit in preparation for competitive action in a few months’ time.
Apparently last week’s test didn’t get off to a brilliant start as a lightning storm nearby held up proceedings by 90 minutes, but over two days the 963 eventually racked up 2,274km of running; enough to drive between Stuttgart and Istanbul, Porsche is keen to point out.
Three drivers - Dane Cameron, Matt Campbell, Mathieu Jaminet - took part in the test, which saw high humidity and temperatures climb as high as 35 degrees celsius, as well as regular rain showers.
Weather aside, the team reported no ‘notable problems’. Ominous signs for the competition in the reliability stakes, then… 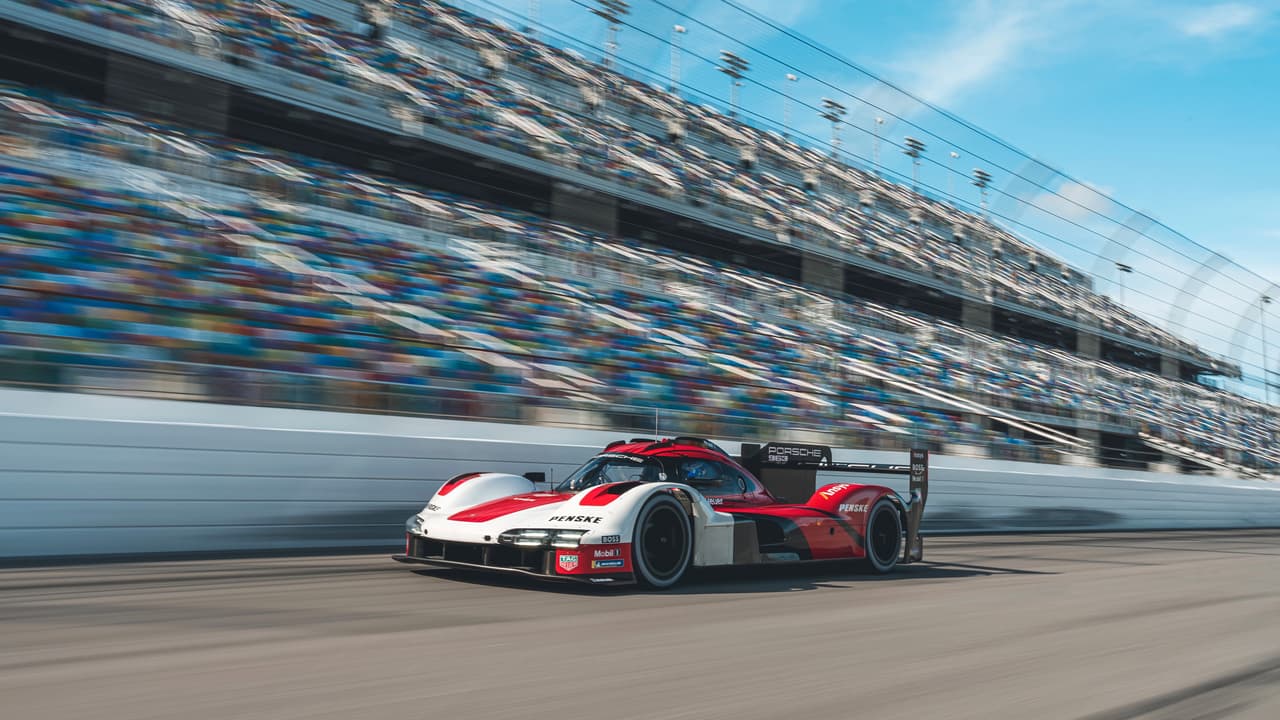