Joined Jun 30, 2010
·
14 Posts
Simply the great road car ever built. Great article in the July issue of EVO magazine on it. Here is one from an older issue:

The chassis stinks, there’s no downforce and the brakes are terrible. But it’s got a great engine!

We’ve got one more roll of the dice left, and it’s the one that I, Harry and doubtless our insurers have been dreading: the McLaren F1.

In truth we’re not expecting even the combined genius of Gordon Murray’s vision, BMW’s peerless power, Peter Stevens’s timeless design and McLaren’s obsessive attention to detail to scare the pointy end of the order, for it’s a decade and a half since the F1 altered our perception of performance, packaging and price tag. Hell, when the McLaren F1 was new I had a 28in waist.

As with many of the cars here, six or seven laps are barely enough to scratch the surface, but thanks to the generosity of this particular F1’s owner (Pistonheaders amongst you will know him as ‘Flemke’) I’ve got the opportunity to throw myself in at the deepest of deep ends. Oh yes, and he’s sitting just behind my left shoulder.

A man of sharp wit and rare comedic timing, as the driver’s door is pushed shut, Flemke decides to give me his unique brand of pre-flight briefing. ‘Err, I think this is a good time to remind you that the chassis stinks, there’s no downforce and the brakes are terrible. But it’s got a great engine!’ Err, thanks, you’ve been a big help.

This is the point at which the day gets serious. The central driving position, the convoluted start procedure, the overwhelming value and the legendary reputation (good and bad) are oppressive. The fact that everyone, and I mean everyone, has gathered on the pit-wall to watch twists my guts into knots. Most of all, I don’t want to let the F1 down.

Once again, the cold manifests itself with the impression that the West Circuit has been surreptitiously smeared with butter. I decide to take a couple of laps to put some heat into the tyres, resorting to race-style zig-zagging down the straights.

When the time comes to get on with it, my heart’s punching a hole in my chest, but strangely the all-encompassing, jagged induction roar of that amazing V12 has a soothing effect on my nerves. This, I decide, is a once-in-a-lifetime experience, and nothing’s going to stop me from savouring every last moment. Well, nothing except the pant-soiling moment on the exit of O’Rouge that has me reaching for several armfuls of right lock in a desperate effort to save the car, the magazine and, ultimately, my skin. Flemke, to his credit, doesn’t even whimper.

During the three laps that follow I make many major discoveries. The first is that the brakes are indeed terrible. In fact, they’re shite. The second is that the absence of a rear anti-roll bar means you’re always chasing the F1’s tail, be it under power through a corner or under braking into a corner. The third is that the steering really is as heavy as contemporary road tests would have you believe, the fourth that BMW built the finest, sharpest, most beautifully responsive engine ever to grace a road car. The fifth, and frankly unexpected revelation is that despite the obvious and at times unnerving flaws, the F1 remains an intoxicating challenge, a car you could dedicate your whole life to learning.

The sixth is the lap time – a highly creditable 1.21.20 – which eclipses the Enzo, a cutting-edge supercar benefiting from 15 years of engine, chassis and brake development. True, Flemke’s car has had some subtle development of its own, most obviously the bigger wheels and modern rubber (the same type and size as the Enzo), but it’s by no means a complete reworking of the original. To my great relief, the F1’s honour is upheld.
E

Wednesday, January 1, 2020
SUBSCRIBE
The Mysterious Case of the 7 Missing McLaren F1s—and One Theory About What Happened to Them
A new video from Car Throttle attempts to solve the mystery of the missing F1s.
BY BRYAN HOOD ON DECEMBER 31, 2019

There are rare cars and then there are McLaren F1s. In production from 1992 and 1996, only 106 examples of the Gordon Murray-designed supercar were ever built. But of that extremely limited run, seven are unaccounted for.

So where exactly are the “missing” F1s? A new video from Car Throttle (via Jalopnik) on the eventful history of the storied supercar attempts to answer that. And as far as they can tell, those cars are currently in the collection of the Sultan of Brunei.

Known for being in possession of one of the most ridiculous, if not the most ridiculous, car collections in the world, the Sultan absolutely had to have an F1 when it first came out in the early 90s. But whereas the most rabid and deep-pocketed collector might have purchased one or two examples of the car, the Sultan bought 10, or about nine percent of the F1s ever made. Of those cars, half were road-legal while the other half were meant for racing.
For the more curious car enthusiasts out there, Car Throttle was able to piece together a decent picture of what happened to those 10 F1s, three in particular. A red road car (chassis no. 004) was crashed during the mid-90s and was broken up and used for parts to help service the rest of the collection. Two of the others, a black road car (no. 005) and yellow road car (no. 014) were sold during the early part of the 2000s, the former to actor Chris Evans and the latter to a collector who had the car painted white and outfitted with the high-downforce kit.
But things get a little murkier when it comes to the remaining seven cars, which is why they’re now considered missing. The two remaining road-legal F1s include one in grey (no. 002), which is the first production version of the car, and one in blue (no. 008). Meanwhile, the other F1s include three of the six total LM-specification variants made (nos. 1, 4 and 5), one of the three F1 GTs ever made (no. 54F1GT) and an F1 GTR (no. 09R) painted to resemble Tokyo Ueno Clinic car that placed first at Le Mans in 1995. It’s unclear exactly where those cars are today, but considering what is known about what happened to the other three cars, Car Throttle believes that the remaining are currently in the Sultan’s many garages where they’re likely “to never see the light of day” again.
Luckily, not all of the stories up end the same. Others include Rowan Atkinson’s up-and-down history with his burgundy road car (no. 061) and track version (no. 11R) purchased by Mercedes-Benz for use as a test car to help fine-tune the aerodynamics for its own race car. 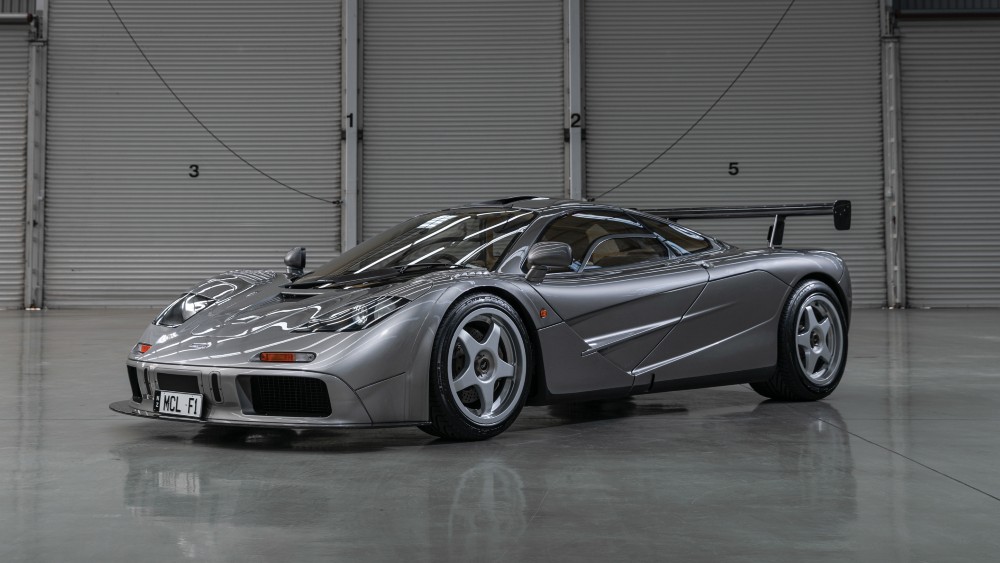 A new video from Car Throttle attempts to solve the mystery of the missing F1s.

Joined Oct 18, 2015
·
4,074 Posts
The video itself is a decent piece of work, but for a Bryan Hood (who says he has written about music, soccer and celebrity gossip, which obviously makes him an expert on cars) to call the video a "theory" about what happened to the seven "missing" cars is silly. The video makes perfectly clear what happened to the seven cars.
If he had any journalistic substance, Bryan Hood would try to find out what happened to the truly missing car - chassis #39 which was last seen in Mexico 15 years ago, supposedly in the possession of a drug dealer who subsequently met what is called "an untimely end".
F

Joined Apr 25, 2015
·
6,704 Posts
Let This Video Remind You Why the McLaren F1 Is Still King of the Supercars
A perfect interior. A legendary engine. Millimeter-perfect steering. The F1 just checks every box.
BY BRIAN SILVESTRO
MAY 17, 2021

Since the McLaren F1's debut in the early Nineties, many have tried to best it. While some manufacturers have come close, there isn't another car out there that delivers the same sort of experience, even 30 years later. Let this latest review from Carfection's Henry Catchpole remind you why that is.
In the first of three videos comparing the three most iconic road cars of the Nineties—the F1, the Porsche 911 GT1, and the Mercedes-Benz CLK GTR—Catchpole drills down on exactly what makes the F1 so special. After a detailed walkthrough of the car's three-seat interior, he hits the road.
He revels in the naturally aspirated V-12's excellent sound and praises the hyper-accurate, easy-to-use steering afforded by the F1's relatively thin tires.

The F1 is the most road-going-focused of the three, though its high-strung engine and wafty suspension can make it unnerving to drive hard on a damp surface, according to Catchpole. The shifter, while rifle-bolt slick, can also be a bit tricky at times. It's still an overwhelmingly pleasant experience, though.

This particular car, chassis 037, has spent time in Germany, South Africa, California, and the United Kingdom. It's the only F1 to receive a full Alcantara interior from the factory, and one of the few F1s left that's remained in its original color combination, according to DK Engineering.

There have been countless supercars introduced since the F1's arrival, and while many have gone faster and set quicker lap times, none have been able to match the sensations delivered to the driver quite like Gordon Murray's creation has. We're curious to see whether its direct successor, the T.50, can match up.