LOS ANGELES, Aug. 10, 2021 /PRNewswire/ -- Lanzante Limited and O'Gara Coach have revealed their latest collaboration, the McLaren P1 HDK (High Downforce Kit). The P1 HDK follows in the same footsteps as the High Downforce Kit that was available to McLaren F1 owners that wanted to give their cars added performance and similar looks to the GTR variant. Built off a P1 road car, the HDK bodywork replaces the now seemingly tame stock body panels, giving it GTR race car looks with extreme presence on the road.

This is the second P1 HDK to be produced by Lanzante, with the first one being recently revealed at the Goodwood Festival of Speed and paying homage to the famous McLaren F1 chassis 018. This second P1 HDK however has no F1 counterpart to draw inspiration or homage to. Instead, it is a fully bespoke commission that is comprised of details specified by its owner. From the brilliant metallic green paint to the rich saddle tan Alcantara seats, right down to the 24kt gold electroformed badges.

"The plan was to build the two HDKs almost simultaneously and release them back-to-back," said Dean Lanzante. "We wanted to show one car here in the UK at Goodwood and one car in the US during Monterey Car Week, knowing that each car was going to have a very different look because of each owner's specification."
This particular McLaren P1 HDK - which will make its début this weekend at Quail; A Motorsports Gathering - was commissioned for Tom O'Gara, owner of O'Gara Coach which includes McLaren Beverly Hills and McLaren San Diego in their impressive portfolio of brands and dealerships. Along with the release of the car, Lanzante and O'Gara have taken the opportunity to announce their official partnership.
"We are very excited to partner with Lanzante Limited," said Tom O'Gara. "Having just completed our fifth project together, which happens to be my own personal car, we are thrilled to be able to introduce our existing clientele as well as potential new clients to the extremely special bespoke projects Lanzante produce. With this partnership not only can we assist clients with the commission and acquisition portion, but the servicing and after-sales portion as well, which we all know is the most important part."
"Partnering with O'Gara was a natural fit really," said Dean Lanzante. "They are the best at what they do and have the experienced staff, passion and state-of-the-art facilities to support what we do in Beverly Hills, San Diego and probably most fitting, at Thermal. With many of our projects being based on track and race variants or at the very least extreme street cars, the Thermal facility offers owners the perfect environment to enjoy their car on street and on track. O'Gara being able to support customers through all phases of our projects in the United States is incredibly valuable to us being able to deliver the best product and experience possible."
The Lanzante brand will be managed by Parris Mullins, Director of Motorsport and Special Projects at O'Gara. "What Dean and his team produce in Petersfield are some of the most exciting projects I've seen, everything from putting a period correct Formula 1 motor in the back of a Porsche 930 Turbo to projects like the P1 HDK. Commissioning or acquiring cars like these are not simply transactions, these are experiences, and that is what we would like to provide our clientele with."
O'Gara Coach, established in 1976, has served Southern California for more than 45 years, with locations in Beverly Hills, La Jolla, and Westlake Village. O'Gara Coach is a factory- authorized dealer for Alfa Romeo, Aston Martin, Bentley, Bugatti, Genesis, Koenigsegg, Lamborghini, Maserati, McLaren, Automobil Pininfarina, Rimac and Rolls-Royce Motor Cars. Through unparalleled performance, O'Gara Coach has become respected as one of the largest and most prestigious dealer groups in the entire world. http://www.ogaracoach.com. 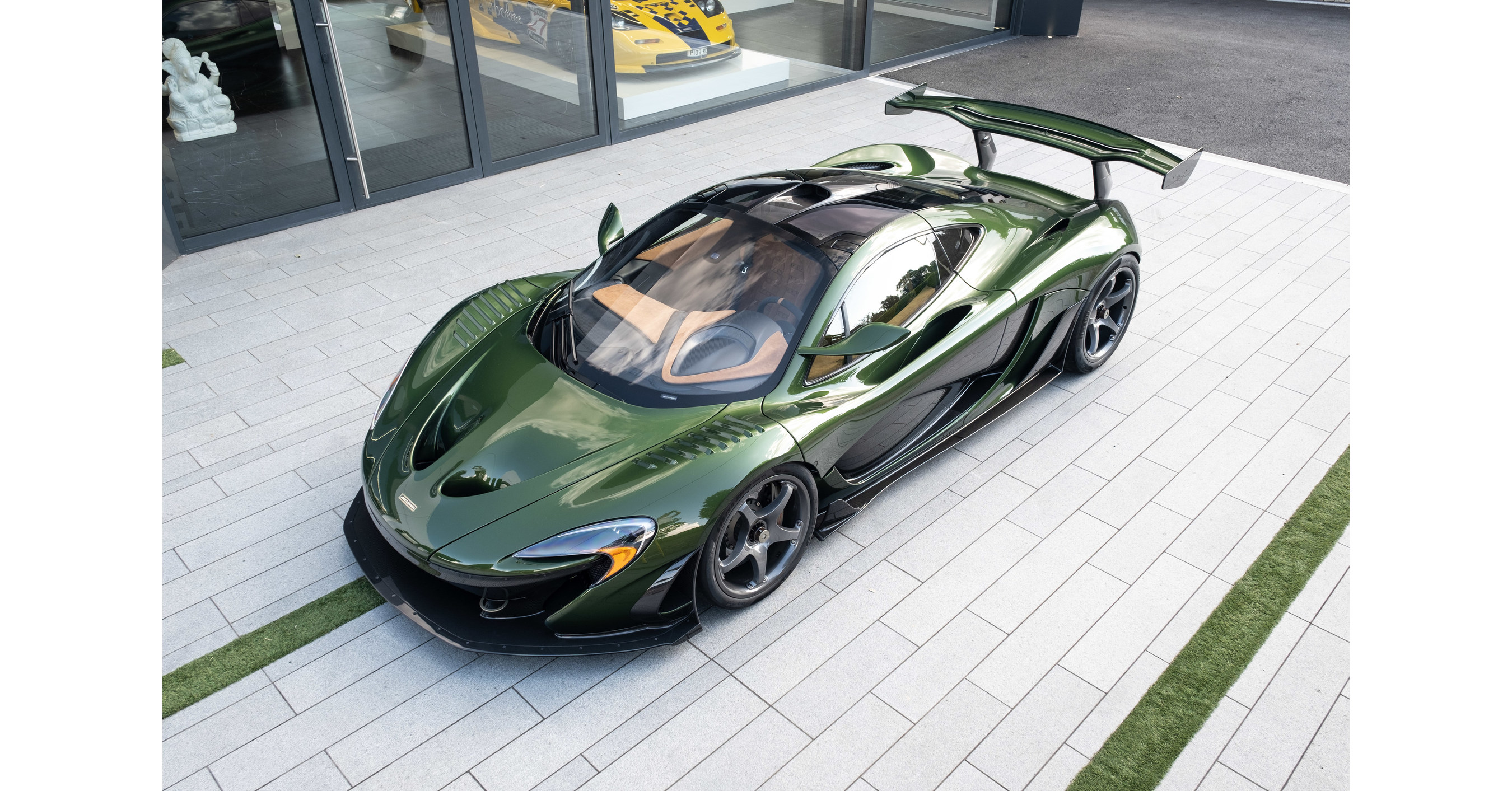 
Almost a decade since it entered production, the McLaren P1 hasn’t lost its charm, and demand is still strong for Lanzante’s bespoke upgrade packages. Following the firm’s F1 GTR Longtail-inspired P1 GTR-18 and GT, it has now devised a set of upgrades referencing the High Downforce Kit first offered to buyers of the iconic McLaren F1.

Originally designed to blend elements of Le Mans-winning F1 GTR-01R with the safety and niceties of the road car, Lanzante has applied the same formula to the P1. At its core is an ordinary road-going example, but exterior elements from the GTR are combined with performance and interior upgrades to make it a truly unique machine.

The first step in the conversion process was complete disassembly of the P1 back to its carbonfibre tub at Lanzante’s Petersfield workshop. New uprights and uprated suspension componentry are then fitted to allow for the increase in aero load, with revised rear bodywork, louvred front wings and the rear wing from the P1 GTR also equipped.
In the case of P1 HDK 002, the buyer requested a powertrain upgrade, and so Lanzante turned to none other than Cosworth for assistance. The result is an increase in capacity from 3.8-litres to 4-litres, with combined power now quoted at just shy of 1000bhp, a rise of almost 100bhp over standard – the torque curve is also now said to be more linear than before for improved response.

Paying homage to the F1 HDK, Lanzante added a number of unique touches such as gold heat shielding in the engine bay, door mirrors from the P1 GTR and satin gold calipers with red lettering just like the original. A new ceramic exhaust system, heritage bonnet badge, P1 HDK rear badging and optional carbonfibre wheels were also equipped.
Inside, new gloss black switchgear, carbonfibre trim, HDK headrest emblems, a bespoke driver’s sill plaque, new pedals and Daytona-style seats referencing those from the F1 HDK also set it apart from a standard car. As with the majority of its McLaren conversions, the firm has also swapped the IRIS infotainment button for the Lanzante logo.

Following on from P1 HDK288, the Verde Ermes car revealed at Pebble Beach last year, the second example first made an appearance at Goodwood Festival of Speedbefore receiving its 4-litre Cosworth-developed engine. A third example is already under development and is set for completion in summer 2022.